Another best breakfast of the trip this morning… this Southern food seems to agree with us! Today it was at Bobby’s Grub House in Jackson, Tennessee [cinnamon pancakes with ‘special Grub House syrup’ and a veggie omelet].

We started the morning in a rain storm which was to continue for pretty much all of the day. In the winter it would be a pain but in 80F/27C degree heat, it’s not actually that bad!

Our first stop of the day was at Graceland, in Memphis… the storm clouds cleared just in time for us to wander around the gift shops and look at Elvis’ house over a fence… there was a two hour wait for the tours and we needed to keep going.

The next stop was the great Sun recording studio. Again, a bit of a wander through the gift shop and attached cafe… and a lot of photo taking. Out we came with a new t-shirt and two of the largest milk shakes we’ve ever had… that’s lunch sorted! Jessica has a bit of a Sun Records claim to fame… she doesn’t remember why, but for some reason, Shelby Singleton (owner from 1969) once visited her family on Whidbey Island, in Washington State. She’s pretty sure this actually happened!

We said a sad farewell to Memphis… and continued into the stormy unknown. And boy… was it a storm! About 15 minutes out of Memphis the heavens burst open and thunder and lightning filled the sky. We actually had to pull over to the side of the road because we couldn’t see to drive. 20 minutes later, it still hadn’t let up, so we carried on slowly (everyone had their hazard lights flashing) because the only way to escape the downpour was to drive out of the storm. It ended up dumping record inches of rain on Memphis… flooding everywhere!

We finished the day up in the Ozark Mountains in a town called Mountain View. It’s apparently the ‘Folk Music Capital Of The World’… and we envisaged a sleepy little mountain town with a town square and some shops, but it’s far smaller than that… it’s just a few buildings along the road-side and a cultural centre. After a catfish supper we were serenaded to sleep not by folk singers, but by a chorus of frogs… 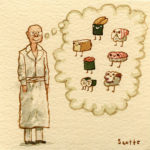 “I do the same thing over and over, improving bit by bit. There is always a yearning to achieve more. I’ll continue to climb, trying to reach the top, but no one knows where the top is.”

Jiro dreams of sushi is a wonderful film. 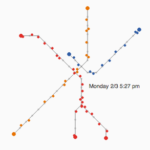 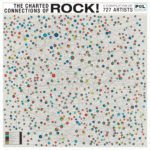 Introducing The Charted Connections of Rock! This 39”x39”, LP-sleeve-shaped musical mammoth of a chart diagrams the complex concatenations between over 700 artists and 500 bands throughout music history. 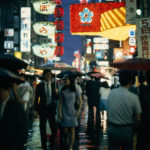 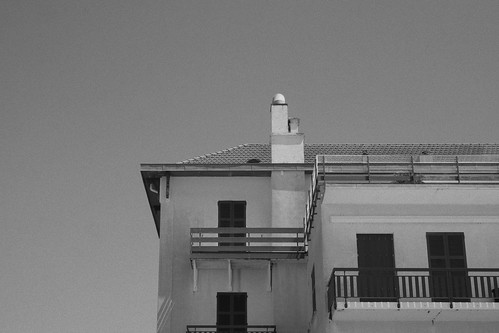